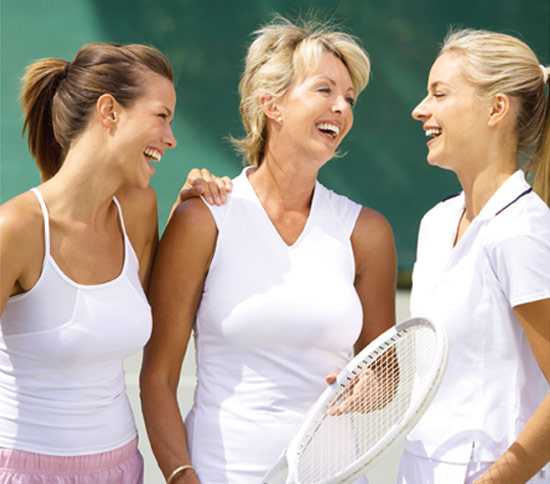 In the spirit of year-end lists, we here at Feed the Dog thought we might as well share our favorite songs and albums of the year with our dedicated readers. Also, in the spirit of Christmas vacation, looming graduate school applications, and spending a lot of the last few weeks writing for other publications, I’m not going to elaborate too much on my picks, save a few notes. I’m also going to try to include youtube links to all of the songs on my list, so check out the top five songs below, and the remaining top forty after the jump.

This is Kanye’s best song to date. Flawless, original production. Lines like “Have you ever had sex with a pharoah? I put the pussy in a sarcophagus.” Nicki Minaj’s best verse she has and most likely will ever spit. Rap song of the year. Can’t wait to see the real video for this.

Rihanna is the only pop artist in 2010 with producers who actually understand the electronic dance music they’re trying to rip off. Second artist to pull off this techno-pop thing earnestly and successfully – the first was Britney Spears two years ago. This is pop music at its best. Also one of the coolest videos of the year.

Yes, controversial artist, but if you can put up with her zero-effort style of flow, Uffie songs will wow you with their productions. Production here by Feadz, of Ed Banger fame. Absolutely beautiful electro beat. My most listened to song of the year, no joke.

If I wasn’t recognizing the one-song-per-artist rule, Miami Horror would be getting the #6 spot, too, with “I Look To You”. The song that single-handedly restored my faith in electro house music. Too catchy. Massively under-appreciated.

This song makes me want to go crazy. It makes me want to go Brad-Pitt-dripping-blood-on-your-face-while-cry-laughing-maniacally crazy. Nothing harder. Also reminiscent of Zelda. No one but Crystal Castles. Beat geniuses. Bump this one killing bats in the dungeon.

People better start giving Breakbot the attention he deserves in 2011. Bringing French house music back. Robot baby-making music. What all music should sound like.

Killer album – if not for the one-song-per-artist rule, there would probably be six Wavves songs on this list. Gotta give it to “King of the Beach” – felt like my favorite song before the first chorus. Amazing energy.

If the song title seems a little juvenile to you, keep in mind these guys are nineteen years old. And much more talented than you could ever hope to be. Standout track on one of the best records of the year. Beautiful song, a real heartbreaker.

This song convinced me this San Francisco group was more than just another buzz band. Reminiscent of 60s pop and “Don’t Fear the Reaper” – the weird nostalgia this song creates inside of me is positively haunting. Christopher Owens also has a great voice – perfect combination of too-cool stoicism and the emotional crooner.

Speaking of haunting. Killer track. Beautiful use of reverb. A track that really demonstrates Best Coast’s versatility within the beachy indie sound.

Haunting x3. Incredibly inspiring what Avey Tare can do with a single sample that he pitch-shifts halfway through. This album was a little rough around the edges, but “Laughing Hieroglyphic” is perfect.

This song started buzzing around thanks to the Pitchfork-induced youtube attention given to the above clip from a Swedish music awards show. The video is definitely amazing in its own right, but its the song that really deserves the hype. Hardly any other releases to find from Staygold, as of now, hopefully we’ll get more soon. When I was DJing college parties early this year, “Backseat” always filled up the dance floor.

Okay, so Diddy is a terrible rapper. This production is gold. Favorite Drake-isms – “…damn”, “But uhhhhh…” Also proof that hip hop has matured to the point where it doesn’t have to be “emo” to be emotional.

Might remember Feed the Dog doing a write up about this track in September. Really catchy tune from a group that do not release nearly enough music. More, Navajo Bixby, please more.

One of my favorite bands making music right now. My favorite track off their 2010 record.

Big Boi is so tight. “Shutterbugg” is the tightest. Infectious. You better know by now without me telling you.

If you ask me, no one was holding it down in hip hop like New York in 2010. Fat Joe leading the pack. This track is fire. Most underrated rapper of the year.

Sleigh Bells are the loudest band of the year, and this is their loudest song. Noise pop perfected. Metal for cheerleaders.

20. Ariel Pink’s Haunted Graffiti – “Round and Round”

Really disappointing album from my favorite DJs, but amidst all the mediocrity there was one amazing track – “Royal T”. Also brought the house down when I used to spin it. Really weird song, honestly, but the beat kicks.

Said a great deal about this track in my Weezer column earlier this year. Sounds like 90s Weezer. Therefore, awesome.

Forget “Enter the Ninja” — sure, these guys are funny on video, but if you spend too much time laughing at their antics and artistic choices, you might not notice that their beats are actually on some next-level shit. I had the luxury of playing this song in January when no one in the crowd had heard of the South African internet rap sensations, and all they knew was how heavy the beat was. True talent in these guys, overlooked because of the silliness.

Posted this video way back when it first came out. Amazing song and amazing video, from an amazing album. Genius modern psychedelic interpretation of late-70s era soft rock.

Back with a vengeance. This song reminds me why I love these guys in the first place. Something eerie plus something warm and familiar.

Amazing track from my all-time favorite producer, off the Deluxe edition of his 2010 EP, The Plasterer of Love. So tight. Tiny sounds. Classic Mo. Can’t wait for his LP (finally) coming out in 2011.

Sean Garrett might be the most talented songwriter in pop music right now, and he finally wrote himself his own hit. One of the best Nicki guest verses of her career. Undeniable hook. Can’t get it out of your head.

Super-weird track that reminds me why I love this band. It’s all about that off-key whistle. Here’s a band doing something a little different with 60s psychedelic pop influences. Sorry about the weird video, it’s the only one that’s up for this song.

Catchy song off one of my favorite albums of 2010. Garage pop goodness.